In my last post, I wrote about some of the benefits of blockchain; i.e. decentralization, transparency, immutability, temporal accuracy and security. In this post, I want to look at possible uses for blockchain in Zimbabwe.

I will not be including it’s use as a currency(Bitcoin) since that’s been discussed ad nauseam.

The first use case would be for Asset management. Here in Zimbabwe, we love our fixed assets. The Zimbabwean dream is to buy or build your own home, and land sales are a huge business.

We could put all that data on blockchain and allow tracking and verification of stands, houses etc. Since everything is transparent, we would reduce the rate of fraud as anyone could quickly and easily verify ownership of fixed assets.

This wouldn’t stop at fixed assets. We could also track movable goods, such as cars office equipment and even electronics. We could create a scenario where even if your phone was stolen you could easily prove ownership using blockchain.

When I say trading and blockchain the first image that comes to mind is buying and selling Bitcoin. Another use would be to use the blockchain to track the trading of actual stocks and bonds.

If done right, this could allow people easier access to investment opportunities and maybe lower the cost of entry.

Blockchain could be used to standardise how we identify online and give access to services that require such identification. For example, you could create a bank account, request a new passport/id/birth certificate, all done online.

Your digital ID would be used to ensure that it’s really you making those requests. As a result, this would reduce the huge lines and wait times at government offices and could lead to…

Blockchain could introduce digital voting. Imagine being able to vote from the comfort of your own home or from a smartphone. This would reduce the costs associated with traditional voting methods and possibly streamline the whole process.

This one is near and dear to us. Imagine a Zimbabwe where the whole agriculture industry runs efficiently on blockchain.

I don’t mean growing little bitcoin crops in Bikita, that would be silly. Everyone knows blockchains are grown in Mutoko.

All jokes aside, I mean the transactions made by farmers would be transparently tracked, as would the data involving the transporting and storing of produce. You would even be able to verify ownership of animals before sale.

If done right, this would lead to increased revenue for farmers, healthier completion and a more vibrant economy.

What does a sports team have to do with blockchain? Imagine a scenario where fans could support their teams using blockchain.

The idea is sort of a cross between stock trading and crowdfunding. The fans would “invest” in their teams. I.e. get a stake in their favourite teams through blockchain and the funds raised would help the team with equipment, training etc. The fans would thus be directly involved in the fortunes of their team and could be entitled to benefits like free or priority tickets or revenue share when the teams do well.

There are many potential uses for blockchain that would change how we work, live and play in Zimbabwe. At Eccensys we are very excited about this and are doing our part in developing this future.

In the pursuit of practical applications of this exciting field, we feel it is necesary for us to share our opinions and approaches on the subject matter 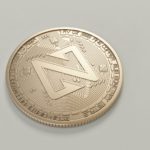 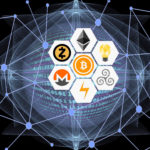 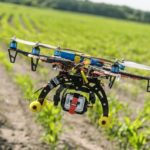